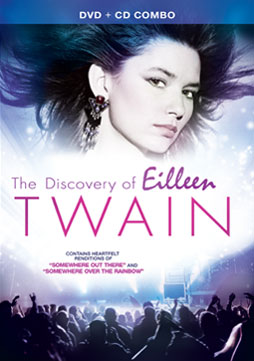 It is now 25 years since Shania "Eilleen" Twain sang "Somewhere over the rainbow" to an enthralled audience in central Ontario as a cast member of the "Vegas North" group of talented singers and musicians entertaining at Deerhurst. That engagement set Shania on a course of world fame only a select few in the music business obtain. She got to the other side of the rainbow. The world's public knows of the million selling records but do not know that the inside story on the 1987 show biz Vegas North show that featured Shania twenty five years ago. That show would be instrumental in setting Shania on a course that would have her join the select group of Canadian Las Vegas super stars, namely, Paul Anka, Celine Dion, David Foster and Cirque du Soleil who all became Las Vegas legends. This dream-come-true real life story had its start in Canada's Country music scene as "Eilleen Twain, then a young dynamo of talent that would go on to work six nights a week learning the roots and ropes of the Vegas discipline when she worked in the Canadian "Vegas North show. The work ethic for the cast and musicians came through the boundless energy and enthusiasms for show business of the music veteran, the late Bryan Ayres . Bryan was the seasoned veteran who produced the Vegas North revue at Deerhurst Inn, Huntsville Ontario as the entertainment director for the owner of the resort in the late eighties, Bill Waterhouse. It was Bill who was the man behind the scenes on the family owned property and he had a lengthy background of booking music stars in the sixties. He still makes his home in Huntsville After the Deerhurst show turned to a "Broadway style production under new ownership, Bryan's own career took flight as he ventured to the real Las Vegas and for more than a decade he was in the center of his show business dream in Las Vegas events and productions. He passed away shortly after his retirement and is missed by those who came involved with his "Show Biz career. As Shania sings her hits, the reasons she has made it to "Legendary" status are there to see. It was mainly on her own abilities, talents, dedication, perseverance, dreams and undaunted forward motion, in striving for success and recognition. Years ago there was a video special that chronicled her career and it was called "Driven". Very apropos and it could have been called "Driving" as it has always been Shania, behind the wheel of her own career. In Ontario, for those that were there when she began her career moves and twenty five year journey from Vegas North show,to the "Real thing" there will be a "Taste of Champagne" saluting someone who has made that big stage of "Vegas". Written by Mel Shaw Founding President of CARAS Founding president of Canada's Recording Legacy www.elektromediagroup.com www.eilleenshaniatwain.com e-mail : vegasnorthdvd@gmail.com