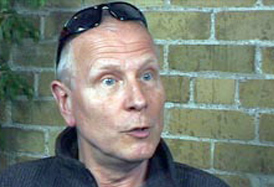 Record producer of RUSH and major studio owner of the seventies. A young talented recording enghineer came to Canada from Britain and was captured by the times of great evolution in Canadian music....His engineering talents touched the Stampeders with Sweet City Woman at Toronto Sound. Dr. Music, April Wine and as producer of several RUSH albums. He admires the talents of producers and feels the combination of talent of Mutt and Shania combined brought Shania to the top of the world's record scene. Terry is interviewed in the DVD